Everything you should know about Delta 8 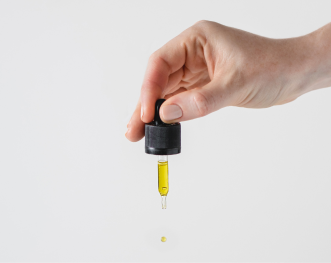 There’s a lot of controversy surrounding any Cannabinoid-related product, whether it’s a home-cooked batch of reefers or a well-refined CBD oil.

However, the truth is that the majority of people who have delved into the world of THC know very little about all of its strains, and more importantly – uses and benefits.

What most people call ‘weed’ is actually Delta 9-THC while its weaker counterpart Delta 8-THC is generating a lot of buzz among vapers and enthusiasts.

Today we’ll talk at length about what Delta-8-THC is; how it can be used; its ties to the Cannabinoid family; its medical potential, and the most prominent effects a person can experience after using it.

The scientific term for Delta 8 is actually Delta-8-Tetrahydrocannabinol. It belongs to the minor cannabinoid family, which can be found in various cannabis plants in tiny concentrations. In this regard, Delta 8 is substantially weaker than Delta 9, which is often referred to as THC due to its potency.

In a nutshell, the molecular composition and structure of Delta 8 correspond to Delta 9; similar effects and potential benefits are present, although the use of Delta 8 exhibits them with reduced efficacy.

These are some of the reasons why Delta-8-THC is sometimes called ‘weak THC’ in street language. Furthermore, its relatively weaker effects on our body and psyche is what makes it more suitable for use in medicinal purposes.

More than a hundred forms of Cannabis have been uncovered, which does not cross out the possibility that more exist. However, scientific studies (as well as research conducted by enthusiasts and laymen) are mainly focused on Delta 9 and Delta 8.

The main categorization of Cannabinoid plants puts them in Primary (Major) and Secondary (Minor) groups. Delta 9, being the most widely used and most popular Cannabis plant in the world is the representative of the primary cannabinoid category – Delta 8 represents the secondary category.

Now, the method behind this categorization straightforwardly explains the main characteristics and relationships between the two groups.

Major Cannabinoids feature abundant and renewable sources of THC that is produced by synthesizing enzymes in these plants. On the opposite end, Delta 8 does contain these enzymes, but they are not capable of synthesizing cannabinoid molecules in sufficient quantity; this means that the process of isolating Delta 8 involves extensive breeding and precise extracting techniques.

However, what most people don’t know is that Delta 9 can degrade into its weaker counterpart Delta 8 if certain conditions are met. When stored and maintained for extended periods, the enzyme synthesis becomes slower while the plant physically grows as before, showing little signs of change.

Medicinal marijuana is gaining fast in popularity, and given the fact that THC and Delta 8 share a nearly identical molecular structure the medical potential of it is undeniable.

Based on the fact that Delta 8 affects the human biology and psyche in a similar way to Delta 9, most clinical studies indicate that similar effects are to be expected, although in a reduced capacity. Potential uses of Delta 8-THC involve:

The most common effect of using THC is increased appetite. While people who are using isolated Delta 9-THC exclusively (for example, via smoking) sometimes feel parched and famished, Delta 8 can be used to promote a healthier appetite.

Even though THC is by all means ‘stronger’ than Delta 8, the later actually influences the appetite more. Some speculate that the reason for this relates to the diminished psyche-altering effects of Delta 8.

Delta 8 is a natural painkiller due to a variety of reasons. First and foremost, our CB1 receptors are capable of developing a naturally high tolerance for it, whereas they need more time to do so with other forms of THC.

Furthermore, the mild ‘high’ achieved after consuming Delta 8 in a controlled environment promotes reduced inflammation. Corneal injuries specifically can also be treated with the use of Delta 8 in combination with either food or standard pharmaceuticals.

One of the most common (and unwanted) side-effects of using THC is anxiety. The ‘high’ is sometimes too strong for some people to handle, which results in mild states of distress, and in some cases even paranoia.

However, the weaker output of Delta 8 is what makes it perfect for anxiety treatment specifically. The ‘high’ a person would normally achieve after using it is both calmer and more focused, which in most cases helps the person become more stable.

If used in smaller doses while being cognizant of potential side effects, a person can easily reduce their anxiety level by using Delta 8 by vaping, smoking, or via consumption of products that contain it (cookies, oil, and such).

Is Delta 8 addictive or harmful?

The vast majority of THC advocates argue that Delta 9 is by all means not addictive. The same can be said for Delta 8, although with even stronger argumentations.

First and foremost, Delta 8 is much weaker than ‘THC’. Our bodies are also capable of digesting it more easily, not to mention filter it more rapidly. However, the minimal side-effects may lead some people into thinking that it’s a completely harmless substance.

One of the most dangerous things about Delta 8 is its ability to ‘hide’ within portions of degrading strains of Delta 9. In a sense, Delta 9 contains Delta 8 within itself after it’s harvested and stored. A ‘bad batch’ of Delta 8 that includes a hint of Delta 9 can be potentially harmful.

When Delta 8 is used alongside with THC some people may experience an increase in blood pressure. More severe cases may include the constriction of blood vessels.

Even though this is generally alarming, another harmful element of this scenario is that the typical follow-up results in a dramatic decrease in the person’s blood pressure. Luckily, this side-effect has only been noted in animals, although it’s too soon to rule out the possibility of similar effects happening to humans.

CBD Puff Bar: Everything You Need To Know About Puff Bar

What is CBD: All you need to know about it 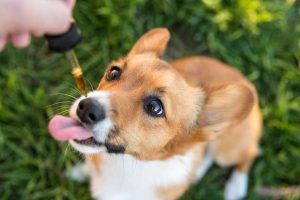 CBD for Dogs: ¿Is it safe? Here is Everything You Need to Know